While Tasha was recovering at the vet clinic, Nelson suggested we bring my dogs up, one at a time, to the clinic to officially meet Tasha in preparation for the big move. He recommended that in order to be successful, the dogs must be part of one integrated pack and not separated; so we started the introduction process at the clinic. We were also curious to see Tasha’s reaction to a little piece of her neighborhood coming to visit her.

We weren’t too worried about Tasha’s reaction to Pit Bull as Tasha had not shown any aggression, or any interest for that matter, in the other dogs at the clinic. We also chose the Pit Bull to be introduced first because she is the ambassador of kindness. She will not engage or respond to any aggressive behavior from other dogs. She is sunshine and macaroni all the time – the perfect introductory dog.

It was a good choice. Tasha responded well to Pit Bull and we took the opportunity to let Tasha walk around the clinic off leash. Tasha explored the clinic and would poke her head out of the patient room doors and curiously watch us. It was a good first meeting. 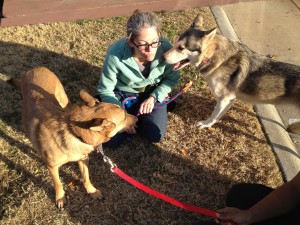 When Chankla came to visit, she and Tasha went on a walk outside together. Tasha had been outside a few times and as a result, she was starting to get cabin fever. Although outside was a scary new world on the end of a leash – she was patterning and learning from the other dogs and starting to understand that being on a leash wasn’t so scary and people were to be trusted. 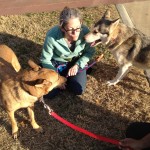 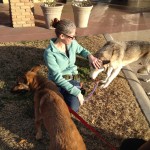 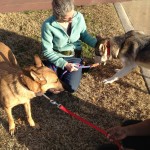 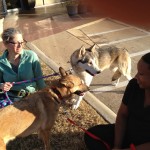 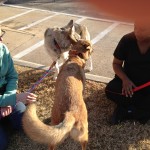 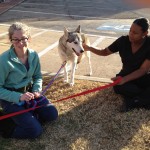 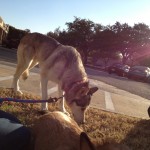 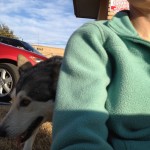 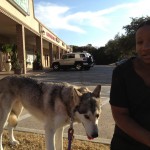 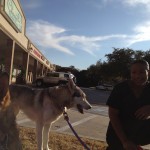 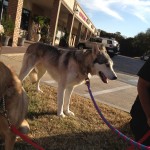 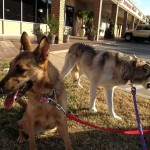