We’re not going to count her unconscious ride to the vet on the day we captured her as her first car ride, so Tasha’s first official car ride was her triumphant ride back home. We had tested out and practiced loading in a car with Nelson, so she loaded right in the car without hesitation. We had a pretty uneventful ride until we hit the bridge going over the Trinity River. Like all good South Dallas residents, she seems to know the boundaries of her hood. Crossing the Trinity really perked her up. 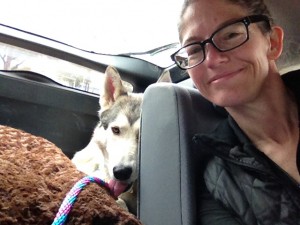 She curiously threw her nose up into the crack of the back window and inhaled as if she smelt something familiar. She settled back down and didn’t react again until we turned onto the street. When we hit the street, it was an immediate reaction. She started huffing the air, she knew exactly where she was and she was excited to be in her neighborhood and on her street. 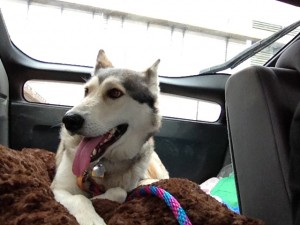 We were excited too, but we were also very nervous to test our dog proofing abilities and our back yard fence modifications with her. Part of the reason we thought it best to bring her back to my house in The Cliff was that if she were to escape, which was highly likely, it was her preferred spot to hang out to start with. So maybe, she wouldn’t go far. If she did run away, at least she would be healthy and spayed and she would be in her neighborhood. Maybe, just maybe, that would also work in our favor and be enough to help her be comfortable enough to want to adapt and stay.

In the photo gallery below, you can see Tasha’s transition during her first car ride. She starts out in the way back of the car. She moves forward and hides behind me for a little while. Then she spreads out and starts to look happy and relaxed. When we get to the house, she is very excited to sit in her old yard and take a rest behind Dr. May 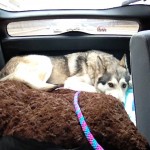 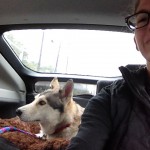 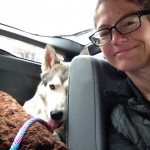 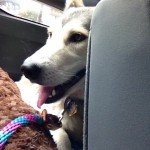 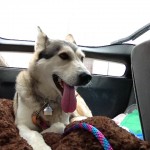 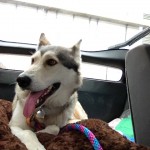 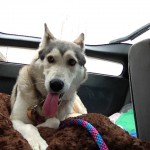 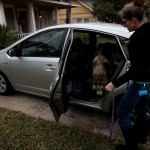 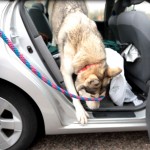 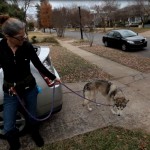 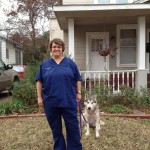