Pit Pull went on a husky pack walk,  but don’t tell her she is not a husky! 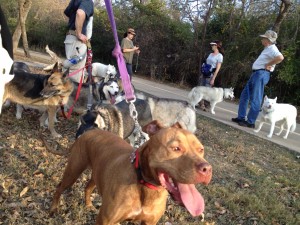 As many of you know, we have been working with renowned animal behaviorist and husky specialist, Nelson Hodges. Nelson has been generously donating his expertise and services towards our husky rescue, Tasha. Nelson’s guidance and advice has been invaluable to her progress. We can’t say enough about Nelson! Nelson has also exposed us to a new fabulous experience when he invited us  (Dr May and me) on a pack walk in November.

Nelson knew that Tasha wouldn’t be ready for such an adventure, so we assumed he thought we would bring one of the other dogs. We knew the walk would be predominantly huskies, he is the husky whisperer after all, but we didn’t really talk about his expectations of what kind of dogs could come. So I assumed it would be open to all breeds. We RSVPed and I planned on talking Chankla to the walk. She is my shepherd mix and she could blend in easily at a husky pack walk.

When Sunday came along, Claire wasn’t feeling well and she needed to go to the vet clinic. She and Chankla had been having a little tension and traveling down Central Expressway at 70 miles an hour was not the time I want to figure out that the conflict wasn’t resolved.  I thought it best to test them out at home a little more before shoving them in a confined space together. Claire and Pit Bull could ride to the clinic together and then Pit Bull could continue on to the pack walk. So Pit Bull was nominated for the pack walk.

To be honest, it always makes me nervous to take my pit bull foster out to interact with the public. We don’t often do it – which is unfair to her.  I am just not prepared to handle the world’s prejudice when I am filled with my own trepidation about the breed. It is not that I don’t think there are accidental dog bites for all kinds of reasons with all kinds of dogs;  I am just not prepared for the average person’s reaction to an accident involving a pit bull, specifically my pit bull.

I put myself at ease remembering that Pit Bull is my ambassador of kindness and gentleness with all of the other rescue dogs.  I mentally committed to put aside my worries about being judged for bringing a pit bull. As we were walking through the parking lot to meet the group, I could feel the eyes.  You could almost feel their thoughts, “you’re kidding, a pit bull?”

Pit Bull on the other hand does not see anyone else reacting to her Pit-ness. She is who she is and she is proud of herself. She does not give anyone any time or space to be afraid of her. As far as she is concerned, she fits in anywhere and gets along with everybody.  We should all be so confident; or blissfully oblivious.  She is the Forest Gump of dogs.  I’m pretty sure Pit Bull had no idea that she was at a husky party.

Nelson started  off the party with strategically planned time for everyone to stand around and just relax so that eventually all the dogs could settle in and say hello to each other. Once acquainted with each other, we were all off on the walk. Pit Bull is a bit like a Mack truck when she goes on a walk – no stopping, no sniffing, just walking. She went straight to the head of the pack and wasn’t happy unless she was upfront. Maybe she is a husky after all? 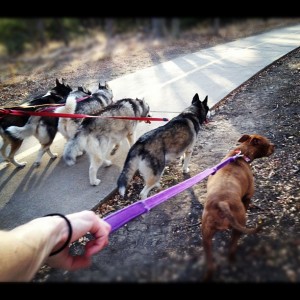 The walk was really fun. The park in Arlington was beautiful.  We started off on a paved path and then gradually transitioned to a narrow dirt trail. The walk was completely treed and the paths would be fully shaded in spring and summer. We felt completely removed from the city.

The dogs quickly started following the trail and each other. They were making great sport out of spotting and sniffing out wildlife. Pit Bull got to see her first armadillo, which was pretty exciting, but still not as exciting as cats. In the hierarchy of things to chase, cats still rule. The pack walk brought out all of her doggie instincts that get neglected when she is couch surfing at home. Don’t let the thought of bringing out a pit bull’s instincts while in a large pack of dogs be alarming.

The word pack can be a little misleading.  The pack walk looked nothing like the dangerous feral dog packs found in my south Dallas neighborhood. Contrary to what we worry about with street dogs, there was nothing dangerous about that many dogs being in one place.

Through controlled human leadership, the dogs could be social and move the way a group of dogs would normally travel, pack, and socialize. All of these dogs know how to pack with humans and this allowed them to respond well to both the human leadership and the other dogs.  The pack walk allowed the dogs to just be dogs. Everyone had a great time! 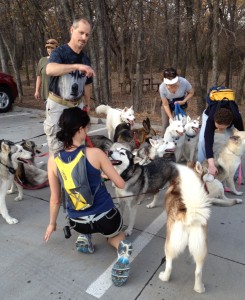 Nelson did an amazing job setting expectations and leading the group. I’m looking forward to Pit Bull’s second walk and taking Tasha on a pack walk soon. She is currently learning about couch surfing while working her way up to a pack walk. 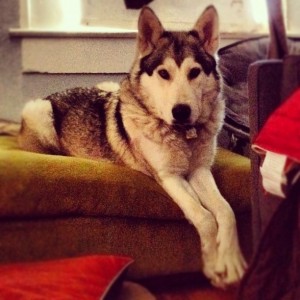 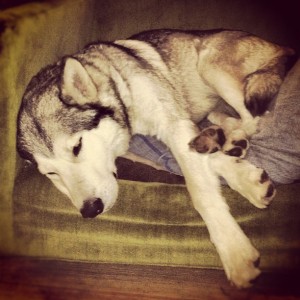