White Patch is ready for her forever home

Meet White Patch, aka Patch. She is an Oak Cliff rescue looking for a forever home. She is a sweet, gentle, loving girl. 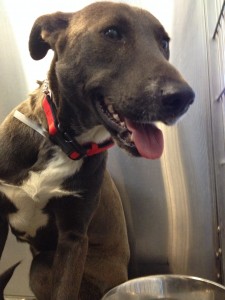 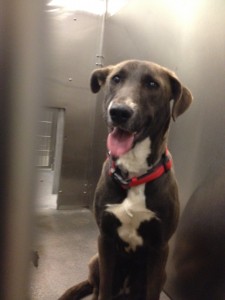 You may recognize this girl as one half of a two dog dog pack that was running the neighborhood back in December and January.  At one point poor Patch had an injured leg. But we caught her and she is fine and in great shape now. When she was on the streets, she was in survival mode and was very skiddish. Now that she has been socialized and is safe and warm, she doesn’t want to leave the house at all! 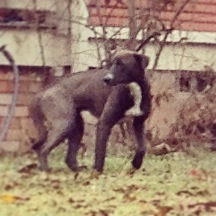 Patch when she was injured and running the streets back in December. 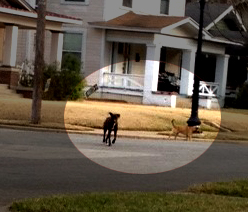 Patch and her brown friend running the streets looking for food.

We caught White Patch with the help of a wonderful neighborhood family and through coordination from DAS Officer Vela and his Field Services team for the use of a City live trap .  She was taken to Dallas Animal Services and deemed un-adoptable because she was so scared, which was a fair assessment based on her reaction to the DAS officers. 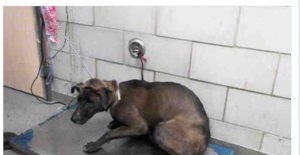 This was White Patch on intake at Dallas Animal Services. She was so scared, but never aggressive. 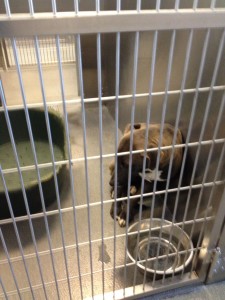 Patch was so scared at the shelter, she wouldn’t look at anyone.

I went up to the shelter and spent a little time with both Trapper and Patch and decided they were both very adaptable and could quickly be made adoptable. So we pulled them both through a foster arrangement. Amazing and caring neighbors that had been watching them on the streets pitched in to help sponsor their boarding and vet care. 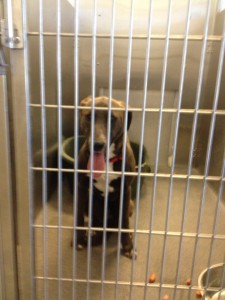 We started working with her to gain her trust and to socialize her. She started responding immediately. 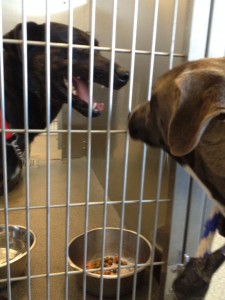 Here she is visiting her street boyfriend Trapper, who was also at the shelter for a few days after we caught him. 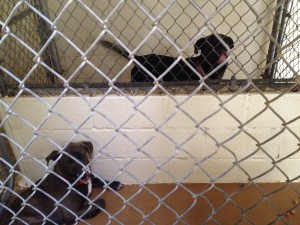 We took Trapper and White Patch to Arapaho Road Animal Clinic where they received medical care and we started socializing them. 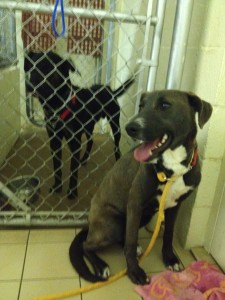 Patch and Trap having some relaxy time

We were right about both of the dogs. Trapper is a giant teddy bear and a lover. Patch is a sweet, gentle dog that wants to be beside you all the time. So what is Patch? Patch is part lab, part hound, and part Oak Cliff Special, but mostly she is a gentle, playful, sweetie. 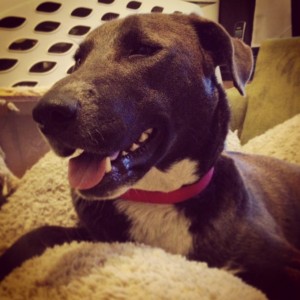 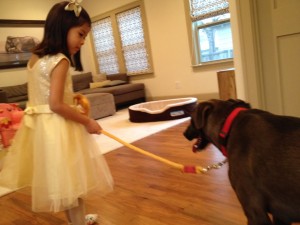 She is totally adoptable now! She likes to hang out with her people and she likes other dogs and has fallen in love with her ex-street boyfriend Trapper and our foster Rudy (if you need two or three dogs, those boys are her BFFs).  She likes play time with her dog pals. 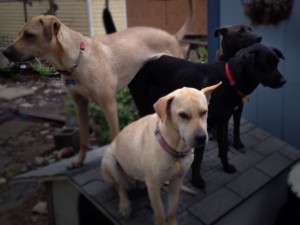 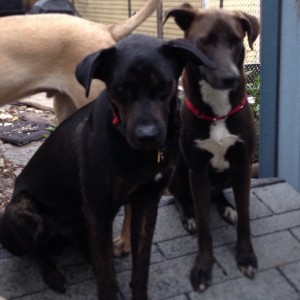 White Patch and Trapper are bffs and would be happy to go to a new home together, or separately. 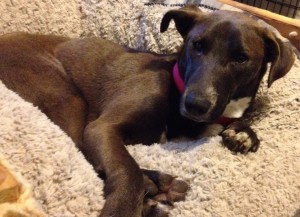 She likes pillows and couch time. . 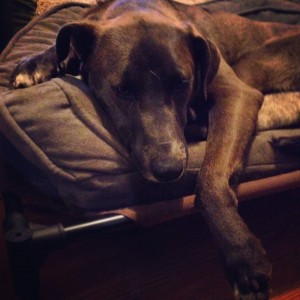 Patch is going to need someone to be patient while she adjusts to new things, but she is ready and waiting for her forever family.

Our ex treet dog and alum, Elmer, started much the same way. 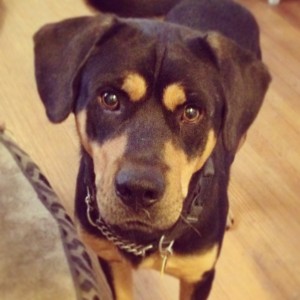 His family took baby steps with him along the way at his new house while he adjusted. With slow steady introduction of new things and people, he was ready for a huge houseful of guests and new people over the Easter weekend and he had a blast. He had so much fun, he had to take a nap – on the couch. 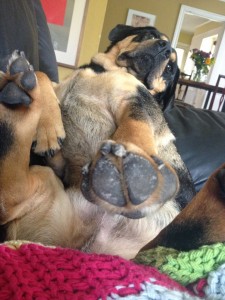 Elmer taking a nap on his couch post Easter party 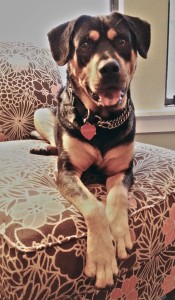 Much like Elmer was last year, our little White Patch is ready for her new home and her new family, is it you? For more information contact us