When Pit Bull went on her husky pack walk, she had no idea that she wasn’t a husky.

Today Chankla and Tasha FINALLY went on their first husky pack walk. Like Pit Bull, it didn’t really seem to phase Chankla that she was surrounded by huskies.  Unlike Pit Bull, Chankla sports a few husky traits like a curly tail, mascara eyes, the trademark Eddie Munster forehead  – she could be part husky in there somewhere. It made me wonder as we were standing in the middle of doggie happy hour, did Tasha know that these were her people? Do dogs know? Do they care? 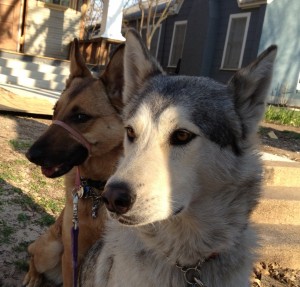 People will pick spouses that share similar facial features, they pick people that look like themselves. There is an evolutionary biological function in this choice. Is there any attraction for dogs when they see their own breed? So many useless questions…it’s why I don’t tweet. 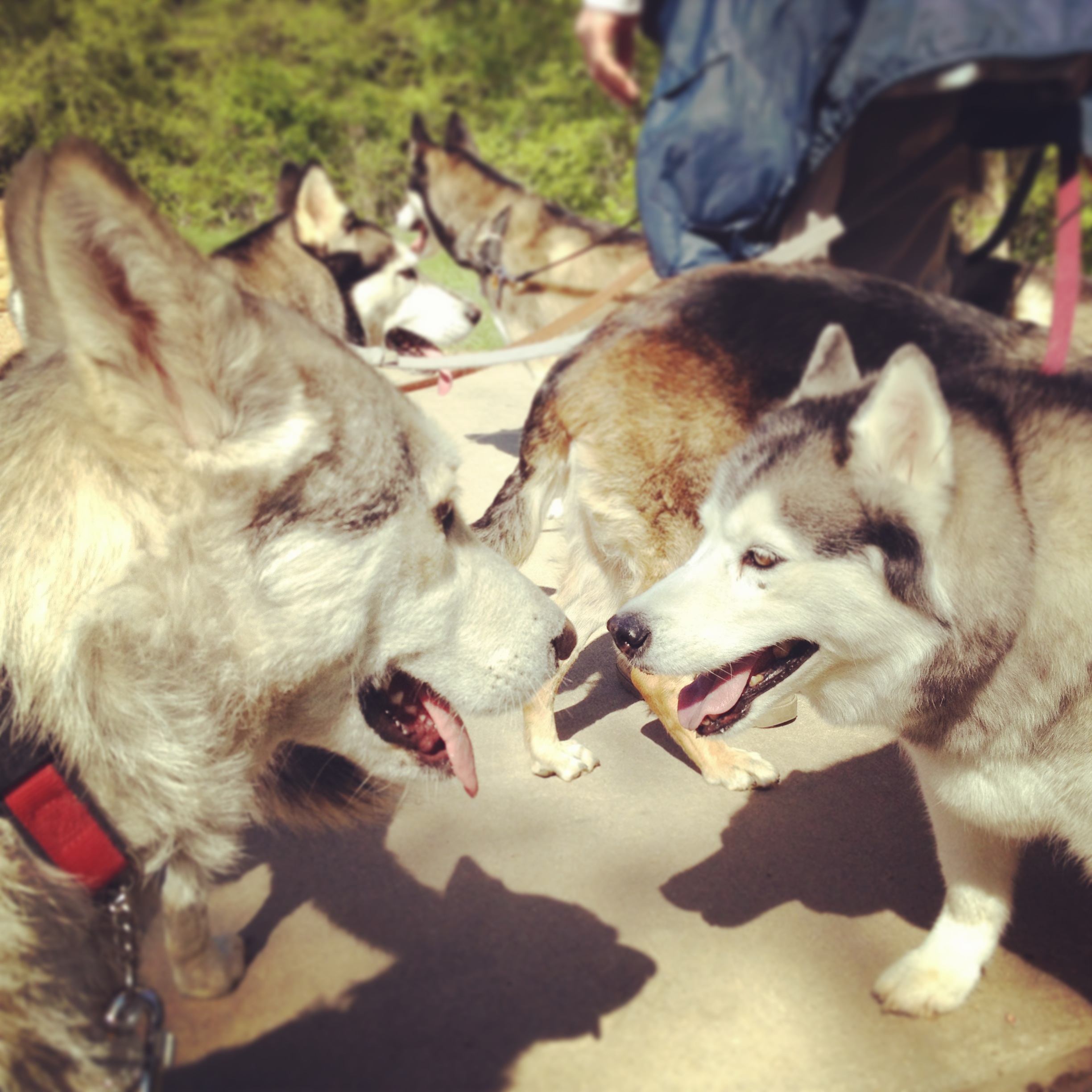 When we arrived, all the dogs just stood around until they relaxed. All the standing around made Tasha very nervous. She was curious and interested and not fearful but from the anticipation of it all. Her poor little back legs were shaking like leaves., but she eventually got the hang of it.  Once all the dogs got acclimated to each other, we took off on our walk. 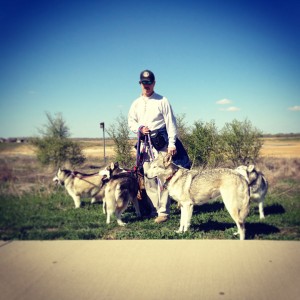 Tasha did great. The pack walk really helped habituate her to people and dogs in her personal space. Nelson walked Tasha for a while as part of his pack. She looked right at home in the pack.

It makes me very emotional to think what could have happened to Tasha without the love and support of people like Nelson and Dr May.  It was less than 5 months ago that she was totally feral and so wild  that she could not be touched or caught. I am so  joyful in my heart to see Tasha reach this milestone in her new life as a domesticated dog. We still have a long way to go for her to look like a normal house dog, but these pack walks are a very helpful tool to getting Tasha to her goal. 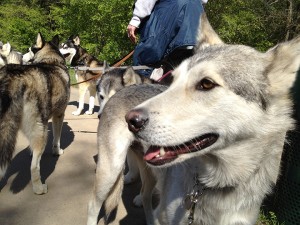 The pack walks are a great way to exercise the dogs both physically and mentally. The dogs have a great time being dogs.  Nelson does a fabulous job guiding all the participants and their dogs so that everyone learns great socialization and behavioral tips while having a big time.