2016 was a really big year in review. Thank your for all you support and help!

Elevating the Animal Culture Together 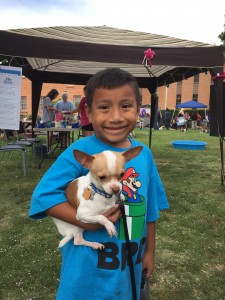 Thank you for being the roots of our grassroots efforts to elevate the animal culture in our community and in our city. Your support has helped us show that love, respect, open conversation, and truth with grace can indeed elevate our communities and help address the homeless, neglected animal population.

In the last year your donations, volunteering, social media sharing, voices petitioning city leaders to address the chronic issues, and your general moral support for our work has allowed our grassroots efforts to continue to grow and to have an immediate impact on our communities and our city.

Over the course of the year not only did we host the 3rd annual Oak Cliff Animal Initiative community meeting, but we had productive meetings with the Animal Commission Chairman, Peter Brodsky, Assistant City Manager, Joey Zapata, Director of Code Compliance, Kris Sweckard, Assistant Director, Management Services/311 Customer Service, Margaret Wright, Chief Prosecutor of Municipal Courts, Mai Brock, the DA’s prosecutors for animal abuse and neglect, Assistant District Attorney, Felecia Kerney, the SPCA of Texas leadership, Stephen Edison and his team from BCG, Deputy Chief Sherwin, Deputy Mayor Pro Tem Eric Wilson,  Councilman Griggs, the City Auditor’s office, and Commissioner Dr. Elba Garcia to name a few. We had conversations with officials about: illegal vending of pets, issues with the dangerous dog process and dog bite reporting, issues with abuse and neglect investigations, known issues with reporting through 311 and the 311 app, issues with loose dog calls not being dispatched, issues with sweeps not being performed, issues with response times, and issues with DAS policy and procedures to include bringing in animals from outside the City to win an adoption contest.

Pushing for Transparency and Truth

One of the behind the scenes efforts that is fruiting now is conversations with the city about transparency. As many of you know, we were personally attacked for submitting open records requests (ORRs). While our Councilman stood behind our right to submit open records requests and he encouraged us to ask for any information we needed to help solve the known issues, our District 1 Animal Commission was not so kind. Through slander and liable, we stood strong in pursuit of the truth. The ORRs that were submitted showed: illegal and unethical euthanasia of shelter animals for sport, an investigation into a DAS employee who was stealing donated PetSmart Charities merchandise and reselling that merchandise along with stolen prescription drugs, incompliant use of the DAS’ state regulated X-ray machine which put both employees and animals at risk of radiation exposure, data that clearly demonstrated that loose dogs were not being picked up, data that showed sweeps were ineffective and most likely not being performed (later confirmed), case study that showed that DAS did not follow their own policies and procedures during neglect and abuse cases rendering all the investigative work useless for prosecution, case study that showed animals were released without state required rabies vaccinations, case study that showed injured shelter animals going for days without needed medical care causing undo suffering, case study that showed that DAS was bringing in animals in from outside of the city limits for adoption contest while euthanizing Dallas’ shelter dogs, case study that showed irregular and potentially illegal and discriminatory hiring practices, and many other issues with governance, DAS’ relationship with DCAP, and ethics violations of commissioners.

As we watched DAS get blasted by the BCG report and by the City Auditor, we blogged and wrote the war and peace of animal issues, a reader’s digest of animal issues, a forward thinking strategic grant, a Trapping 101 document, a Dog Bite Prevention 101 document, and we produced an interactive dog bite map that overlaid census block level poverty data alongside PetSmart Charities formulas for the number of intact animals in the City.

In response to the complaints about open records request, we had conversations, along with Deborah Rodriguez, with the city about transparency. Back in March, the city agreed to gradually publish records and statistics in a move towards more transparency. When Deputy Chief Sherwin took over DAS he accelerated the process and now data, a scorecard, and many records are available via a public portal. DAS’s published data is now more inline with other city departments here in Dallas and with other large animal services departments in other cities like Austin.

One of the hardest things we did last year was to sit in grief over the preventable mauling death of Antoinette Brown. As we pressed the city to look honestly at the issues, we had the honor to get to know Ms. Brown’s daughter. She shared the pictures of her mother’s mauled body; the pictures were unspeakable. We added Antoinette Brown’s legacy to Tasha’s promise and promised to make sure her death was not in vain. 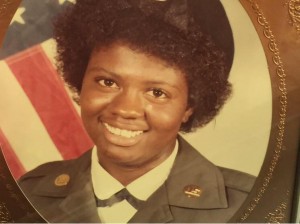 Despite what the data was telling us, DAS was busy telling city leaders, and the public, that everything was fine even in the wake of Antoinette Brown’s preventable mauling death and the scathing BCG report. While DAS was claiming they could not provide data and information that could create measurable goals to address the problems, we went to work digging into statistics that could point to solutions to the crisis level loose and dangerous dog issues. We were the first to quantify and propose a spay and neuter surge based on census block level poverty information and dog bite hot spot data. We put a plan, a number, and a price tag on the effort. Our metrics and proposed solutions informed BCG’s proposed solutions and the SPCA of Texas’ short and long term spay and neuter strategy.

Identifying and Measuring Safety and Quality of Life Issues 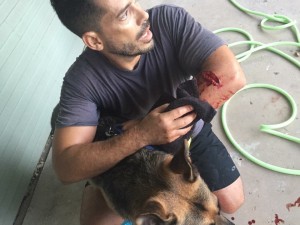 We also introduce important dog bite data and dog bite reporting into the loose dog conversation and we will continue to push the city to include all dog bite data, 311 and 911 data, in their score card and metrics. We brought attention to: gaps in dog bite reporting after a bite, rabies response and quarantine process after a dog bite, and issues with the dangerous dog designation process. We were pleased to see the BCG assessment start to reveal the glaring issues with the dog bite reporting process and to call for addressing the issue as part of the strategic plan moving forward. Much more work needs to be done on bite reporting and on the dangerous dog process, but we are optimistic leaders will be working to help make the process easier on the victims.

Bring Information and Resources To Our Communities 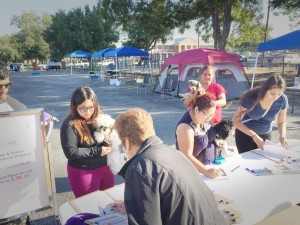 This past fall, we were proud to partner with the SPCA of Texas to bring much needed free spay/neuter, vaccination, microchipping, and vet services to our community animals. We helped The SPCA of Texas  launch their brand new mobile spay and neuter mash unit at the  2nd annual Oak Cliff Blessing of the Animals and continued the street level work at the 1st Annual East Dallas Blessing of the Animals. The annual outreach events continue to bring consistent, accessible, free services to our neighbors along with information on how to be a good steward of a companion animal. The initiatives also provide a time and place for respected community leaders to stand behind and to promote a spay and neuter culture.

Advocating For The Loose Homeless Dogs 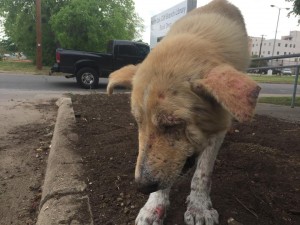 As we worked to spay and neuter, vaccinate, and microchip neighborhood pets, we also continued our work catching and rehabilitating loose neighborhood dogs in need. We caught some of the most notorious hard to catch aggressive dogs in the area. We caught dogs on school properties, libraries, parks, rec centers, highways, and in the parking lots of local businesses. We also quietly partnered with a well-known catch team to share information and techniques for catching difficult dogs with the ultimate goal of building trust relationships with the dogs. Starting the entire process of  ‘dog catching’ in a behaviorally sound fashion that begins with building trust, rather than predatory, trust eroding methods, allows for these large shy, frightened dogs to have a quicker and more successful rehabilitation process. It is also a more effective and efficient catch method.

Continuing the Momentum and Growing the Impact

In 2017, we have already started building relationships with the Mayor’s Star Council and the Mayor’s GrowSouth AmeriCorp Vista team to expand our community outreach. We will again propose to the City of Dallas a test area for a Neighborhood Animal Services Officer model based on a hybrid of DPD’s Neighborhood Police Officer (NPO) model, the Community Prosecutor model, and the Neighborhoods Plus model. We will continue to ask the City to analyze dog bite data and to understand the impact of the data as part of their strategy. We are already planning the 3rd annual Oak Cliff Blessing of the Animals and our next big community event, which will be in the Cedar Crest neighborhood, and we are look forward to working with leaders and neighbors in that neighborhood to elevate their safety and quality of life and to celebrate their love of their companion animals.

We’re optimistic the new City Manager, T.C. Broadnax, will see the importance and the efficiencies of addressing loose animals using dog bite data and an NPO type model as he looks to solve the crisis level issue and implement the multifaceted plan outlined by BCG. While Mr. Broadnax gets settle into his new job, we’ll keep at it. We’ll continue: having tough conversations with city leaders, empowering neighborhood leaders, picking up and rehabbing hard to catch dogs, sharing information and providing free services to our neighborhoods, and celebrating with you our shared love for our companion animals. Thank YOU for making this all possible, thank YOU for being the support and the grounded roots that make our grassroots initiatives possible. Together, we are indeed changing the world one dog at a time. Thank YOU. We hope 2017 will be the year we actualize the promise we made to Tasha all those years ago.